I sold this BSA Airborne to a friend three years ago. He’s asked me to re-sell it for him. It’s a particularly nice one because it retains the original BSA transfer on the seat tube and has the remains of the transfer on the headstock too.

The paint is also original, with yellow markings that denote it was used by the Irish Territorial Army.

It has a low frame number, which suggests 1942 as date of manufacture. 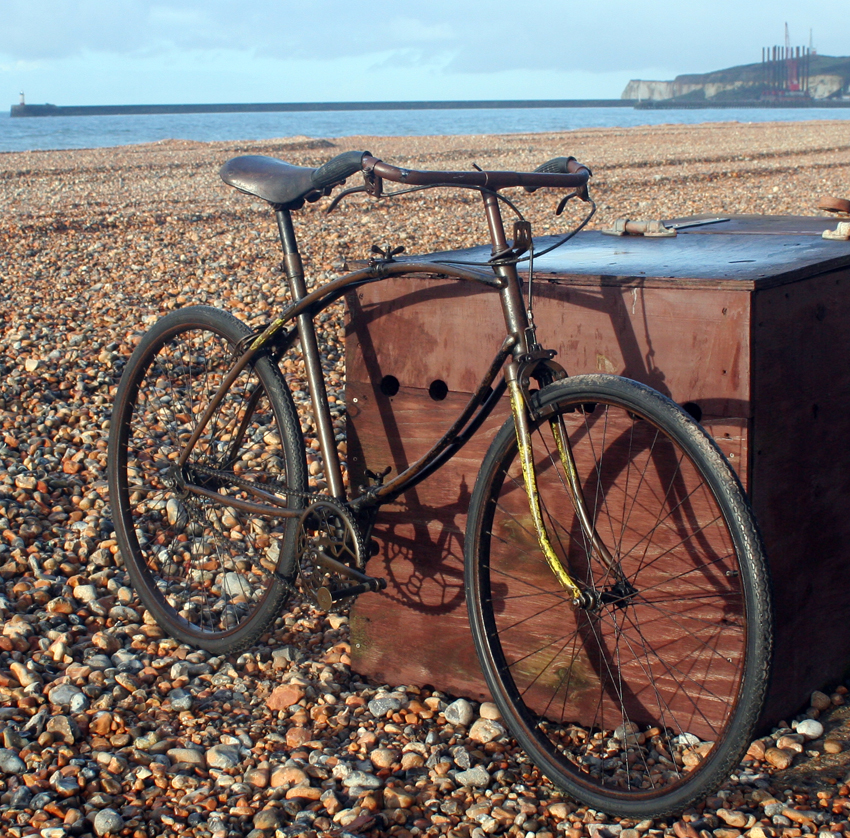 It has been mechanically restored so you can jump on it and use it. 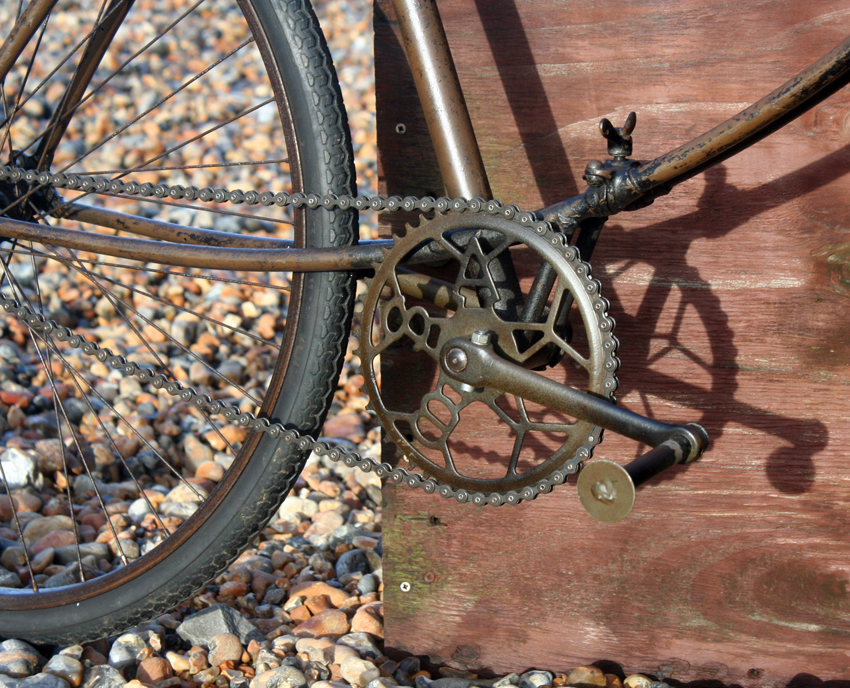 I have assessed the bike, and this is my report:

The paint and transfers are original, cosmetically unrestored. Everything is original specification except –

1. Tyres are modern ones with old-style tread pattern.

2. It has different handlebar grips.

3. The sliding pedals are not original, but reproduction ‘sliding’ pedals that do not slide. You could unscrew them and replace them with normal pedals for regular use and use these for shows. 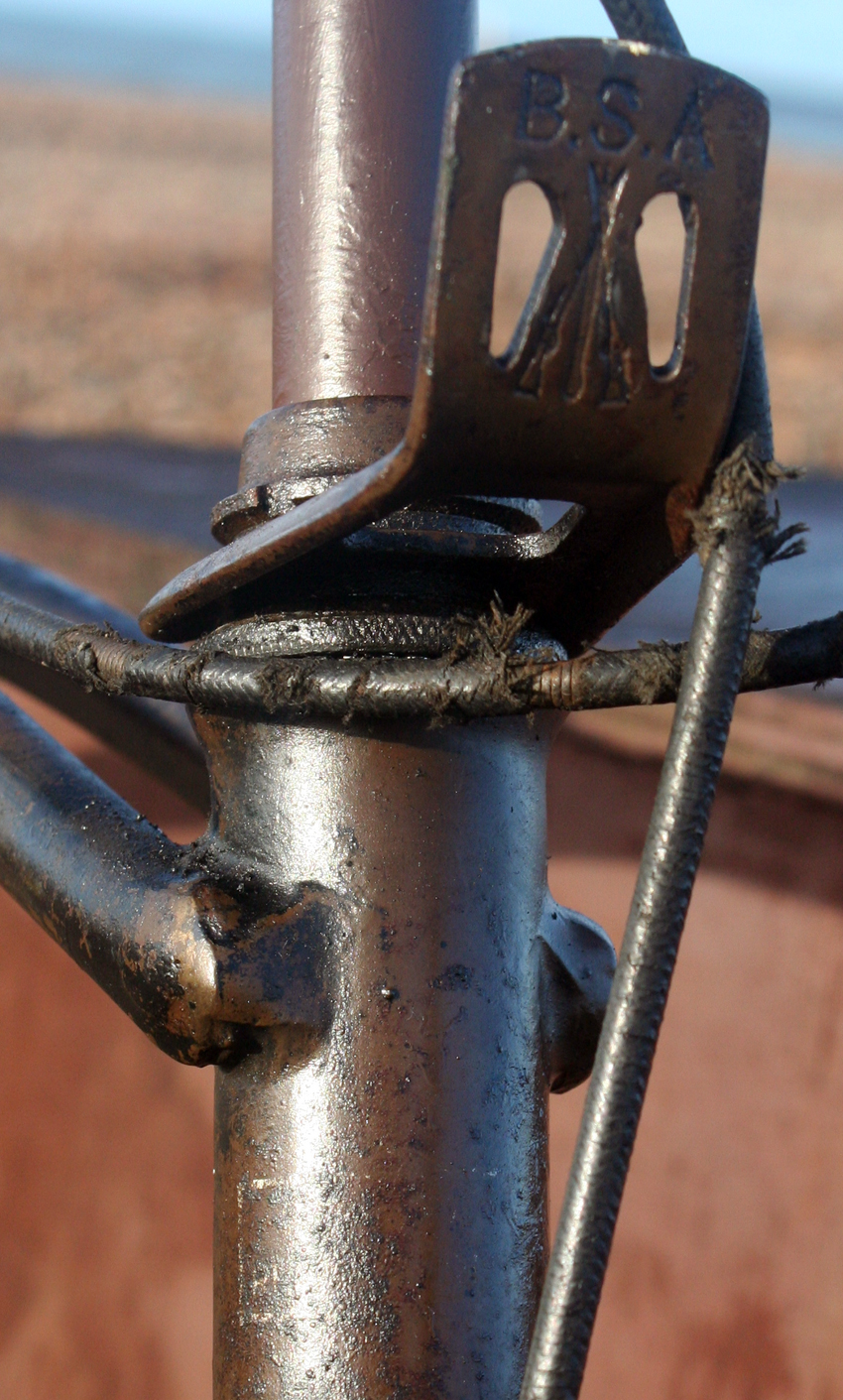 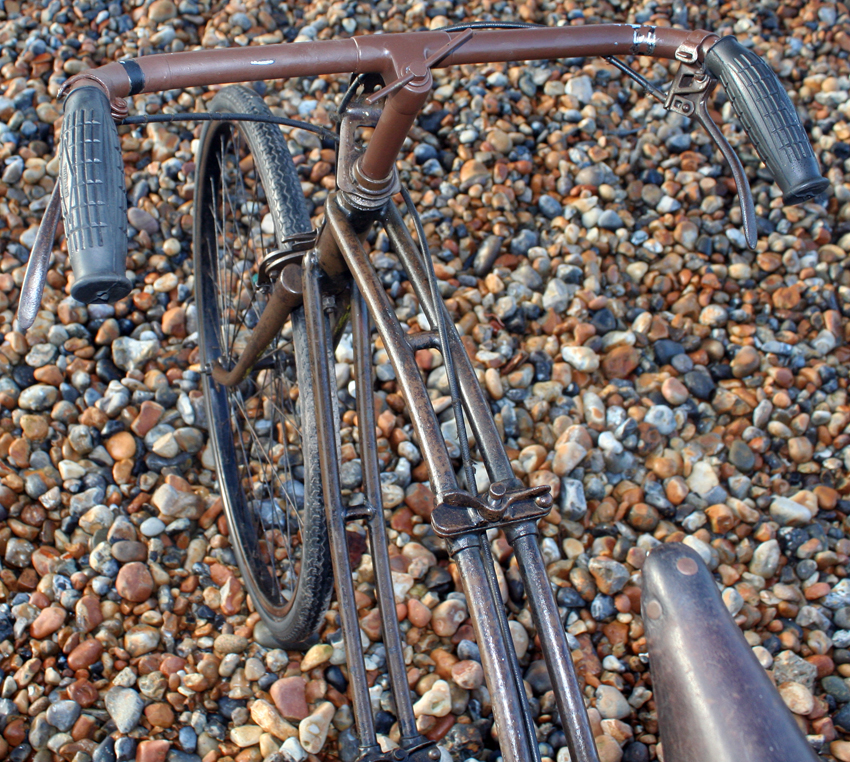 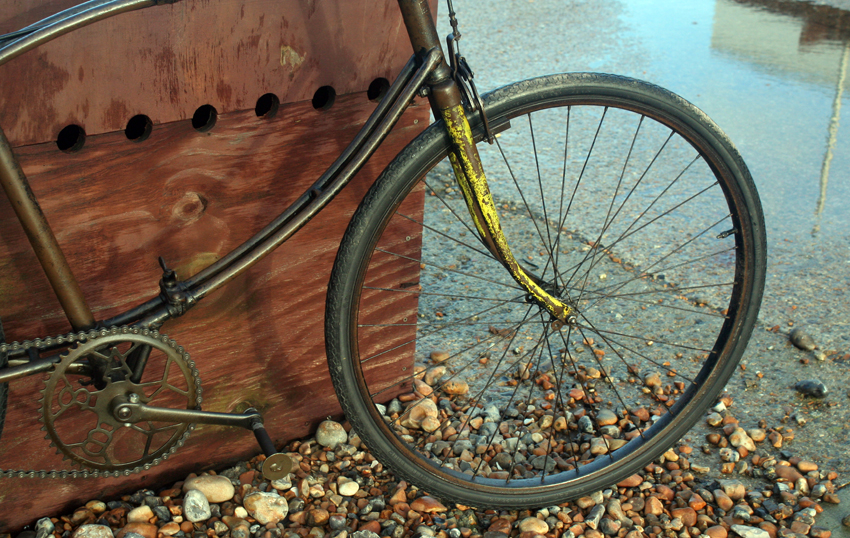 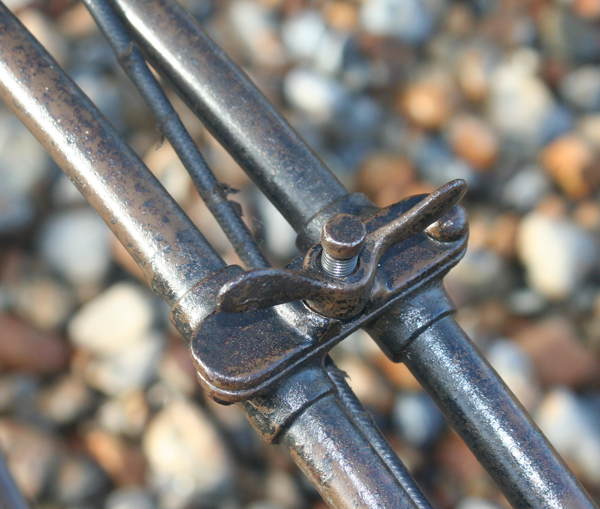 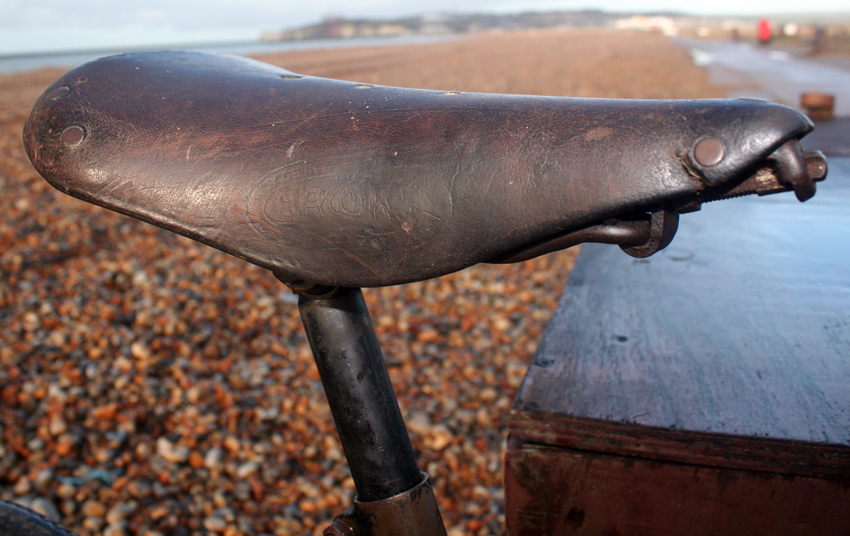 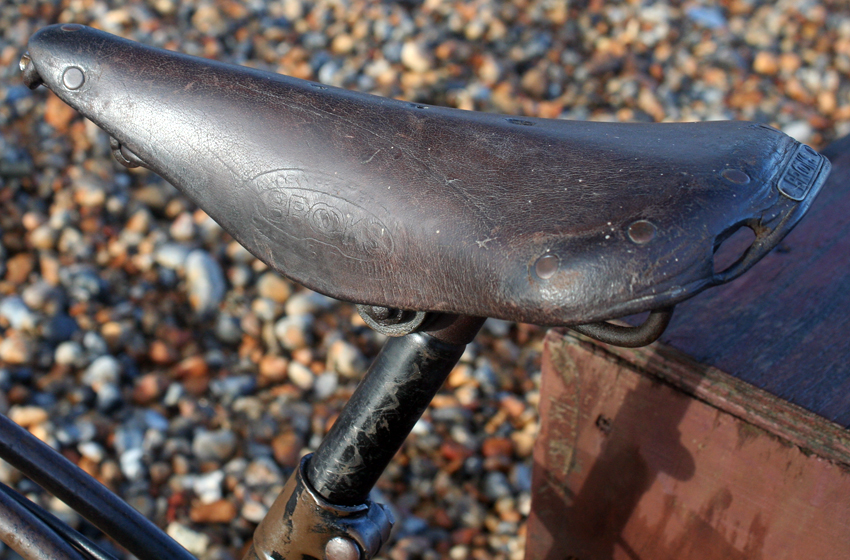 I HAVE RECEIVED THE FOLLOWING QUESTION:

Hi, what do you mean by “Irish Territorial Army”. Is this a British army bike or an Irish Free State army bike?

Hello, Thanks for your question.

Ireland was neutral in WW2, not part of the allied struggle against Germany. Northern Ireland was part of Great Britain.

The Territorial Army (TA) is the part time volunteer force of the British Army. Currently, with around 35,500 members, the TA forms about a quarter of the overall manpower strength of the British Army. TA members regularly volunteer to serve overseas on operations, either with TA units, or as individuals attached to regular units.

In 1908 in Great Britain, cyclists volunteers were organized into the Territorial Force, and nine battalions of cyclists were formed – one from the 26th Middlesex, five from volunteer infantry battalions, and three newly raised. In WW1 they were incorporated into the regular army. Following WW1, cyclists were perceived to have little value, and the Army Cyclist Corps was disbanded in 1919. By 1922 all remaining Territorial cyclist battalions had been converted back to conventional units.

The Irish TA was a similar institution, comprising volunteers who became reservists, and fought with the Allied army as required, or were used for patrolling for home defence duties. Some Northern Ireland TA reservists were merged into various British battalions with the outbreak of WW2.

As well as being supplied to British Army, BSA bicycles and motorcycles were also dispatched to Northern Ireland to be used in the above duties. The markings on this bike suggest this one saw service in Northern Ireland. I bought it in County Fermanagh, Northern Ireland.